To spearhead a redesign of the Village Voice we partnered with Pentagram and adapted a beautiful style guide for an entirely new website and content management system.

From a Voice in the wilderness…

When the Village Voice announced a $1 million-plus digital and print relaunch, America’s first and best alternative newsweekly hired Postlight and Pentagram to create a beautiful new style guide and powerful platform that truly befitted the brand.

…to a clear, still Voice

Postlight worked closely with the editorial team at the Village Voice to create a modular design system that allowed them to feature content on the site in fresh ways on an hourly basis. Editors can emphasize particular themes and connect individual pieces of content in novel ways. The result was a vision for Village Voice which revitalizes the brand both digitally and in print—and is just the beginning.

Behind the clean and simple design was a project of vast proportions. The Village Voice had over two decades of stories, photos, categories, and authors already published on villagevoice.com, all of which needed to be migrated to a new content management system.

Postlight developed a custom importer specifically for the task at hand, with a process that allowed for iterative testing and speed. Now, readers have full access to the Voice’s rich archive of work, dating back twenty years. Go ahead: reminisce about a time when a one-bedroom apartment in Greenwich Village sold for under $200,000, enjoy this review of a late 90s Fleetwood Mac show at the Garden, or see if you recognize any of the founders of ten “Silicon Alley” tech startups — of 1997. 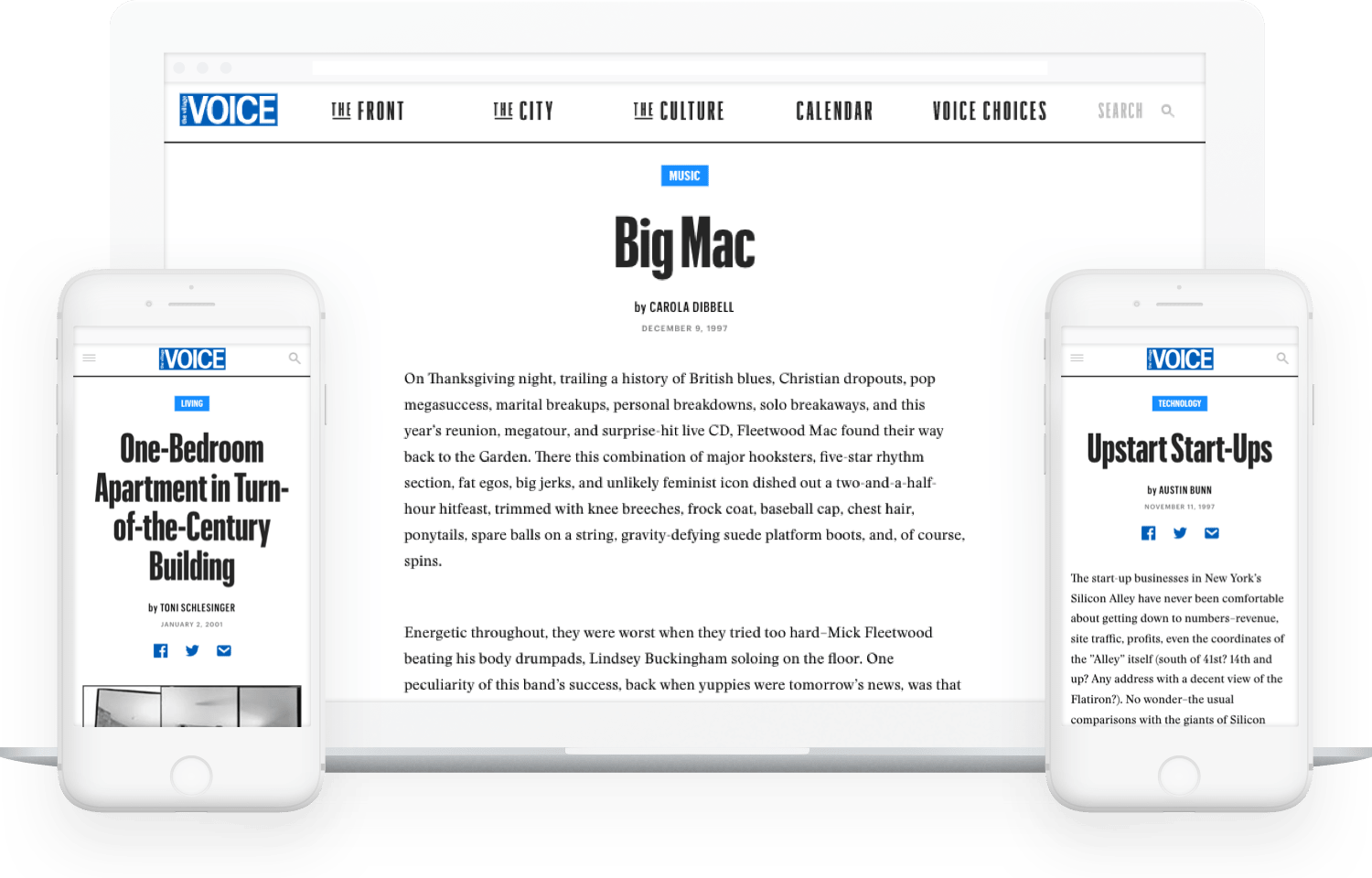 The villagevoice.com we shipped was a Minimum Viable Product, built to grow. Now that the site’s publishing platform is ready to support rapid feature development, we’ll be able to quickly iterate based on the needs of the editorial team, readers, and advertisers. The platform is growing, numbers are up, and everything works.

We’ll be working with the Village Voice to continue refining their digital presence over the coming months. Having a partner makes it easier to stay up to speed with emerging web technologies, and we’re thrilled to be that partner—and to be working with this landmark publication now, and into the future.