Every week or so someone I know on social media, but not in my daily life, updates their avatar, and suddenly they’re three or four years older than they were the day before. Some of these people I’ve known for 20 years, and it’s happened several times. Sometimes there’s obvious cropping of the picture; a chin once prominently displayed is surprisingly hidden by the above-the-head shot. The hair is gray, or suspiciously lustrous.

Normally, the way my brain works, I’d simply see those avatars change and think about how the Internet constantly brings us closer to death, then leave it at that. But oddly I truly enjoy witnessing the process of avatar aging. There’s always the tiny moment of shock as you see a proto-jowl where before there was smooth skin. Whoa! But I haven’t seen them in years! That’s what happens. The dyed orange hair is brown, or the bushy natural do is replaced by a shiny bald head; the former Adonis has a salt-and-pepper beard and a toddler on his knee. Former bassists may still be wearing overalls but it’s less to be adorable and more about gardening. Piercings are put aside.

Social networks don’t solve for aging. But I’ve got 20 years of email secured away, I’ve been on LinkedIn almost 15 years (5,376 days that I feel in my bones), and I’ve been part of Twitter for over 5 million Twitter years. I have lifelong relationships with Apple, Microsoft, and Adobe. None of these big platforms seem to understand that I’m not 25.

Now this is not the case with other industries, which understand that people are different at 15, 20, 25, 30, etc. Real estate, for example, won’t sell me a timeshare at 15. Media has different magazines for different kinds of people. Health care is keenly aware of how age impacts humans. Even the Beef Council knows that humans have many different beef interactions. Then again, digital products are mostly built by young people. Every now and then they see someone cleaning the campus-office cafeteria and think, “I should get a mentor.”

There are many cultures of software development. Or maybe it’s better to call them “ethos”. The ethos of product design is to create that one, true universal version of a product that encompasses every use case. But the ethos of online advertising delivery is to meet people (or chase them) where they are. It’s infinitely adaptive.

Big platforms seek to be one-size-fits-all, but ad networks know just how likely you are to buy a car, go back to college, purchase a new bandsaw, or buy insurance for your kids. The ad systems are more reactive to your actual life status than the products that make room for ads. It’s oddly inverted. It’s weird that these two systems have to live together in singular experiences. You’d think the products would care more. 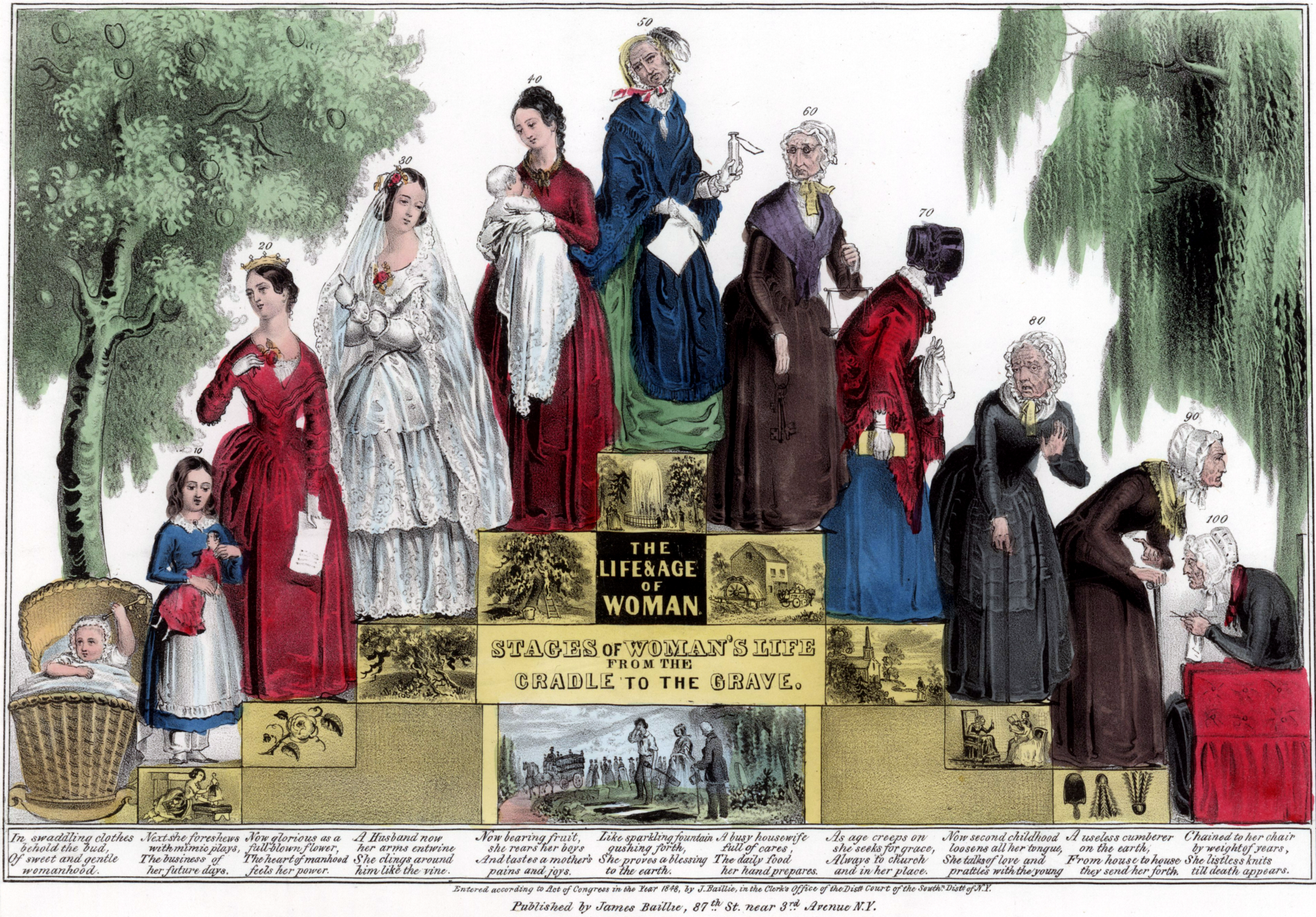 The Life and Age of Woman

I have hundreds, maybe thousands of database-backed social network relationships. And yet I have no sense of this cohort as a whole. What I’m interested in more than anything is growth of the people around me—less babies born, although that’s nice too, but degrees earned, books put aside, decisions made, slow videos of places visited. When I talk to people who work at big companies they say, “Oh we have hundreds of ideas like that. We love that stuff. But the core platform is too rigid, it’s incredibly hard to launch a new feature.”

So rather than expect change, I focus instead on the sweetness of my gently graying cohort. Every week or so I see another avatar succumb to the ravages and it cheers me up—there goes Julie! Another person who decided that being accurate about who you are is important. I think in some way it’s the ultimate and best vanity: I’m still worth a look.

I had a pretty good avatar going, but it was from 2010. I’ve updated my picture, in the spots where I use one. It’s a shame to switch, because I’m fully gray and gained back the weight, but still I want to make sure that people see my life moving along with all the other lives in the Great Big Feed of Humanity.

After 20 years in and out of this business, and despite the havoc it has wreaked upon our culture, I still love software. Nothing illuminates human behavior like watching people use technology in love and hate. And even if I see their faces only in the form of small circular photographs, growing grayer and less lustrous over decades, I still love those people, often more than before.

Paul Ford is one of the co-founders of Postlight.